Aftermarket items used: Yahu dashboard, Eduard seat belts & exhaust pipes + custom made decals.
References: Stratus “Polish Wings vol.15. Polish Spitfire IX”.
Short story of the real aircraft.
After a combat mission on 12 August 1944 F/O Jan Jonker from 322 Dutch Squadron (3W-K) was forced to land at Rennes (USAAF air-base) due to engine problems. However, his aircraft had never been transfered back to the original unit for repairs. Instead, the RAF liaison officer by USAAF 100th Fighter Wing – W/Cmdr Tom Nail got it running and used for communications flights. He had the camouflage removed and from that time the Spitfire was in NMF. In late 1944 Nail received a new posting and had to get rid of his unusual personal aircraft. After a long search for a new owner, he managed to find an officer who did not mind the illegal way the machine was acquired. This officer was W/Cmdr Marian Duryasz – the Polish Liaison Officer in the HQ 2nd TAF. He marked the aircraft with the code letters: M(arian) B(arbara – his wife) – D(uryasz). In February 1945, on leaving the unit, he left the plane behind for S/Ldr Ludwik Martel. 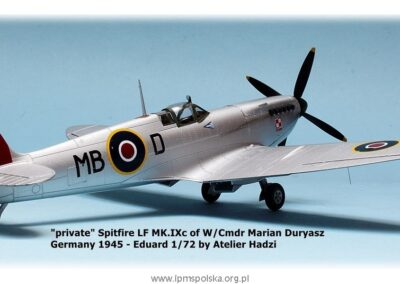 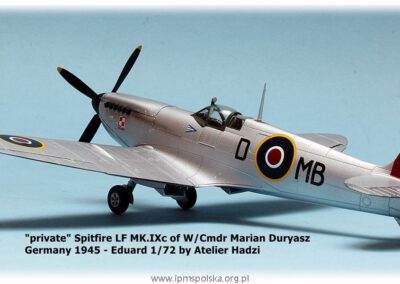 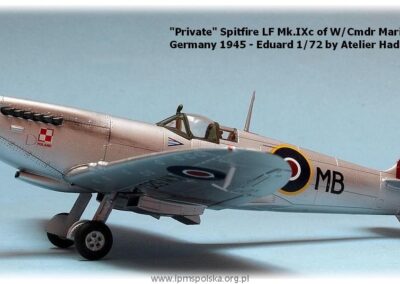 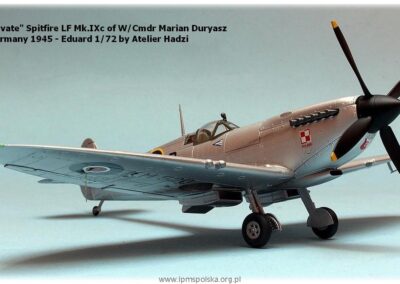 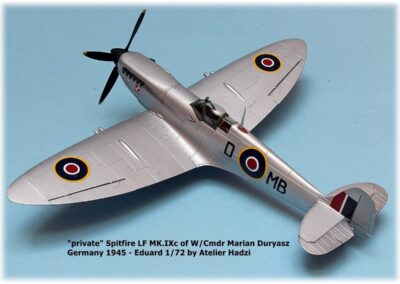 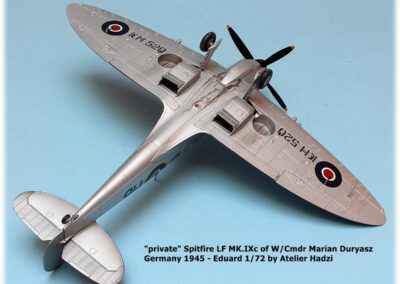