Some more information about the pilots:
Boleslaw M. Gladych and Witold Lanowski were formally the members of the Polish Air Force in Great Britain, they took leaves on invitation of Francis Gabreski to flying in his unit. Gabreski met them and they become friends during his practice in Polish fighter squadrons.

Bolesław Michal (Mike) Gładych survived the war. After the war had ended he found his brother, who fought in the Polish resistance and was held in a POW camp in Austria. Since the Russians had liberated the camp the former prisoners came under their custody and the members of the Polish Home Army faced prosecution by the Communists. By using his status of the USAAF officer the pilot eventually managed to save his brother from communist deportation to the lands where white bears live.
Later he migrated to the US and served in the CIA during the cold war. In his later life he focused on teaching Yoga. Mike Gladych passed away in 2011.
The name “Pengie” on HV-V aircraft was the nickname of Gladych´s wife. He later also flew a black P-47M with the nickname Pengie V.

Witold Lanowski also survived the war. He attained British citztenship and stayed in the RAF until 1957.
During the Kongo crisis in the 1960s he served as a mercenary pilot together with the famous Polish Ace Jan Zumbach in the Katanga Air Force.
He died in London in 1993. 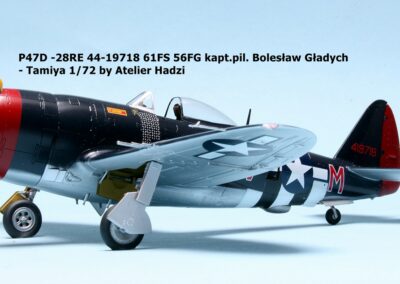 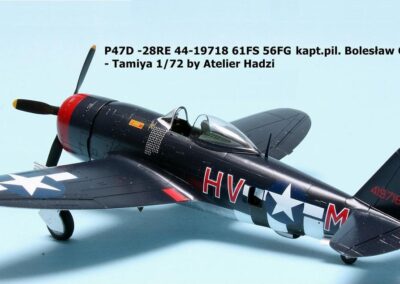 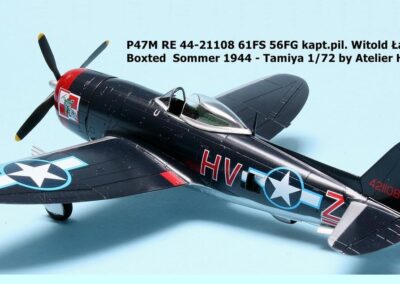 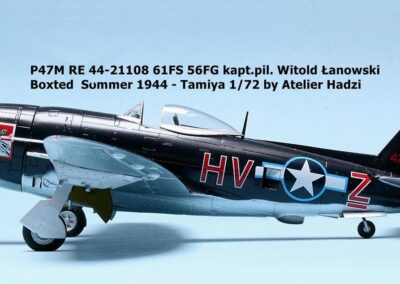 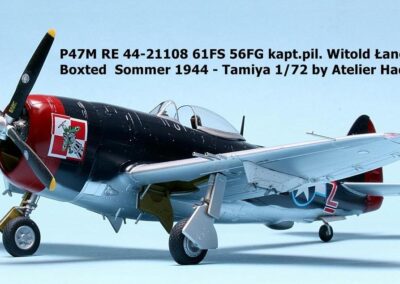 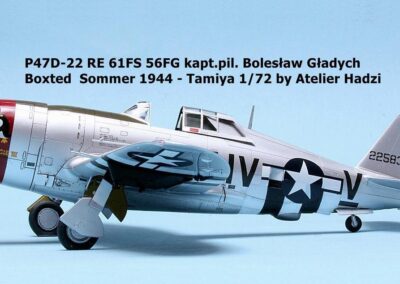 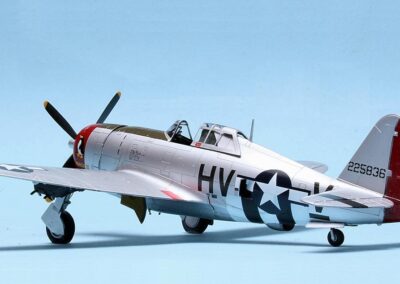 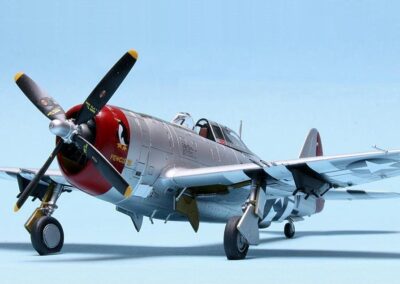