Author’s notes:
1/72 PZL P.24G IBG kit is easy to build, overall fit of the parts is good.
For this particular plane some issues are important – spider emblem is yellow, IBG provided one yellow and one red, Greek modellers reported that the emblem was placed on both sides of fuselage.
Second issue is that the original P.24 aircraft had no glass in first segment of the moving part of the canopy.
The third issue is an element of unknown purpose in the rear of the cabin – visible only in Greek P.24-s. This was made from a PE fret.
For painting RAF colours – Dark Green, Dark Earth and Sky Blue were used (in this case RLM78 also matches well). Perhaps Light Earth instead of Dark Earth would have been a better choice. 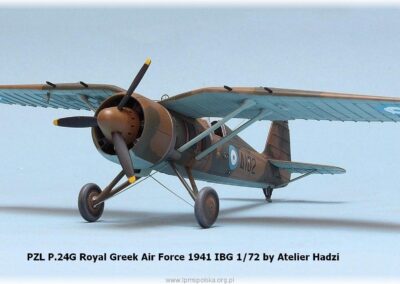 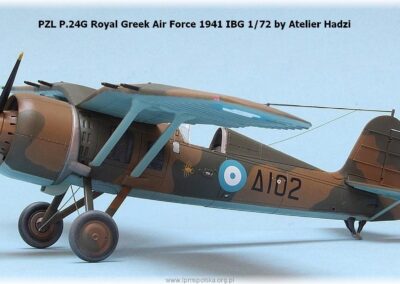 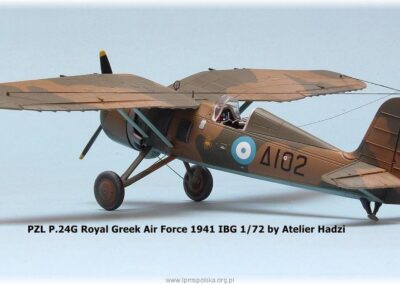 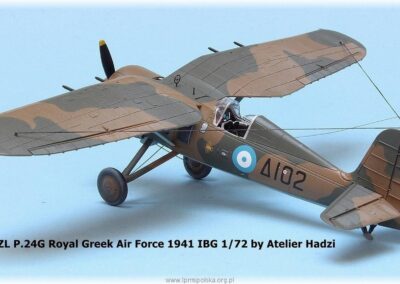